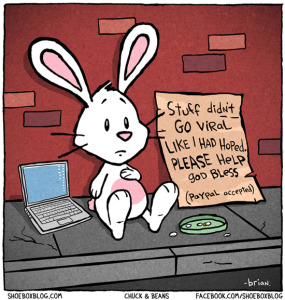 Quirky Food Blogs – There’s a niche for everything

It’s true. The internet is definitely my favorite place to be. :P

In case you haven’t seen these weirdo blogs before, you should hop through at least a few to see what other people do with their free time.

Bea Arthur Mountains Pizza – If you don’t it, don’t worry….it really is just Photoshopped pictures that include Bea Arthur, mountains, and uh, pizza….

Bread People – Lots of people with various breads for heads.

Album Tacos – Who doesn’t love tacos and music? Why not have them together then? And there’s tons of old albums, too, so if you don’t recognize newer ones, no worries, there’s something for everybody. If, you know, you’re into this kinda thing…

Lunchbag Art – Why should brown-bagging it be boring? Here’s an awesome dad who draws on lunch bags.