Japanese have all the food art fun – Tank Sushi 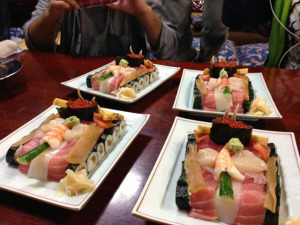 I know I could easily fill an entire blog with just quirky bento boxes and another of creative sushi creations. I can barely keep up with getting posts up regularly for this one, though, so you’re stuck with seeing an overwhelming amount of Asian dishes around here sometimes.

These sushi tanks are actually inspired by a Japanese anime series, Gurls und Panzer (Panzer is German for ‘tank’). I wish I knew how much these cost, but I can’t seem to get any additional information about these than what I just told you. 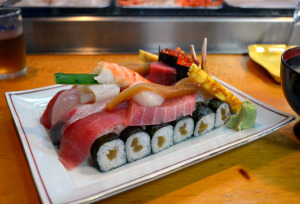 Okay, so it’s not trout, but do you have any idea how hard it is to identify fish based on just the middle whole portion? Not easy!

I wish I had a source for this, but even when I tried to search for it to figure out the fish type, no luck. Send me a link if you know the owner!