I have seen this tip before, but never taken the time to share it with you. I freeze my chicken stock in ice cube trays, but I really don’t make soup very often.

This is a great size to pop out and give to a toddler, but it’s really a good idea for adults, too. I read on another site that she pours the “good stuff” into tins and then “broth” into a different set. Then when she’s ready to grab some for lunch, she grabs a cube of each and is ready to go. That way she doesn’t have to try to evenly portion out each cup with broth and “good stuff.”

I like that this avoids using too many of those plastic tupperware or glad bowls, too. These can be frozen, then popped out of the tin and stored in a ziplock bag without tying up all your dishes.

Yep, today is 7/11 and that means another year of free Slurpees from 7-Eleven between 11am-7pm. I don’t have any where I am, boo! To celebrate, though, here are some fun facts about slurpees.

Homemade dog food – Make it, portion it, freeze it, win! 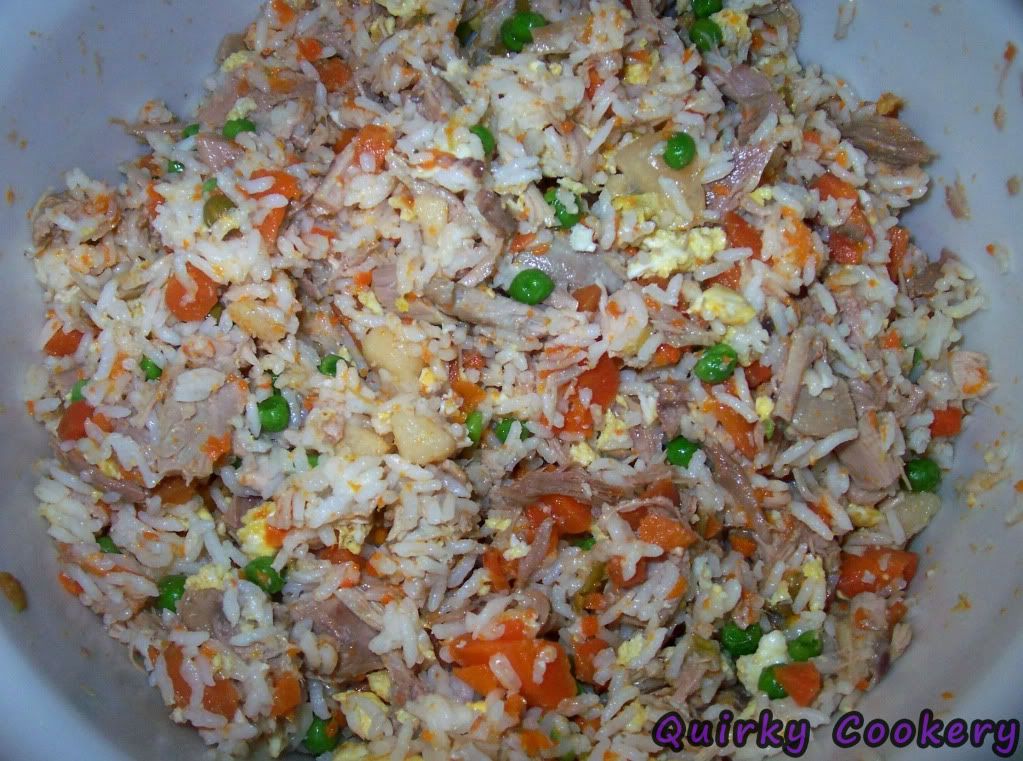 A couple days after putting up the post on how to make your own dog food, I found some more pictures I had wanted to share.

The above is where I roasted a whole turkey, deboned it, and mixed it with cooked rice, peas, carrots, some leftover potatoes (not many), and some scrambled eggs. Below shows it with some gravy. Appetizing, huh? I swear, dogs dig it. :P

And this? This is a whole lot of plastic wasted, but it means it could all be tossed into the freezer and my mom could pull it out, one serving at a time (about a cup for Buddy), microwave it, and be done.

I would also freeze a couple days’ worth in plastic bowls that could be thawed out in the fridge and then scooped out for each meal. For the sake of convenience, this made it just as easy as having store-bought food on hand.  And because it was only done once a month or two, the effort saved a bunch of time, money, and health in the process.