Nablopomo – A place you want to go – This restaurant – Umewaka Restaurant in Anjo City, Japan

I don’t think this would be the best tasting sushi ever, but I do think it’d be quite the sight to watch this happen in person. (At least skip through some of the video to get a better idea of just how big this is). 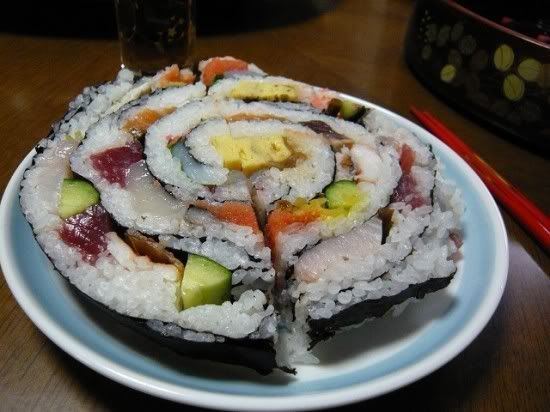 From what I can find, they also offer up a large platter of sushi nigiri, too, with things like octopus and squid, where the chunk of tuna alone is enough to make 40 normal portions of nigiri.

Unfortunately, no pictures there, so who knows?   Nevermind, found some! There’s a “normal sized” platter shown at the bottom for comparison’s sake. Holy cow, they’re huge!

Every smile is an awesome smile 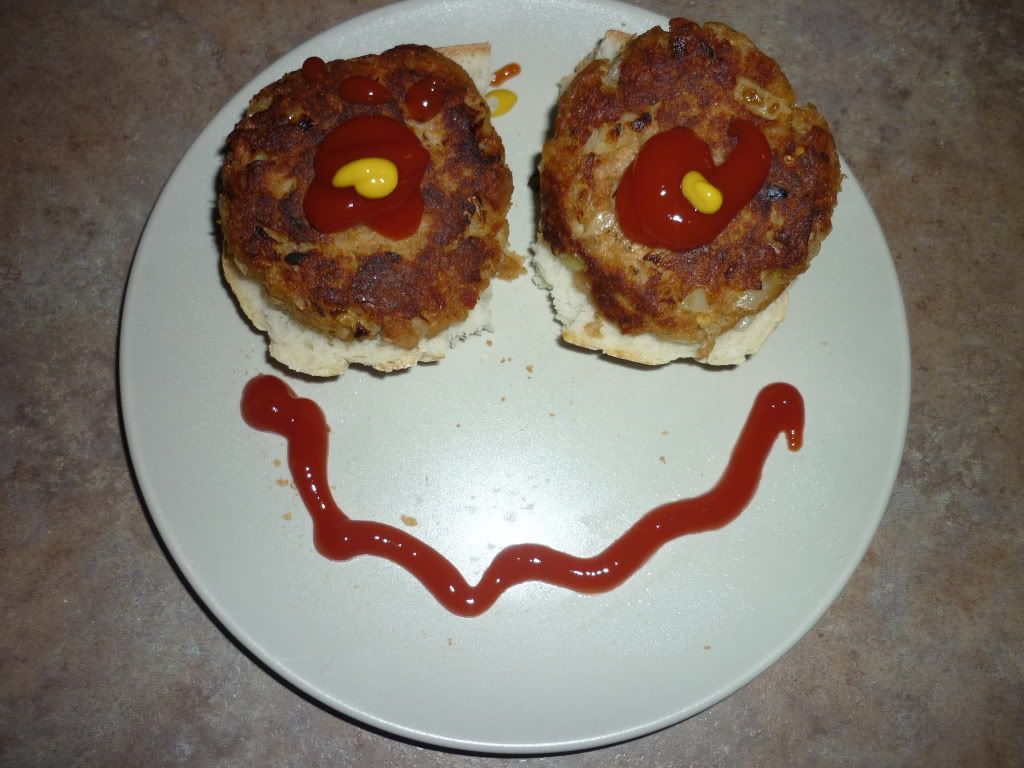 Okay, so ignore the bad photo quality. I had to post them anyway for 2 reasons.

1. There were no kids in the house. That smiley face arrangement of tuna cake open-faced sandwiches is just for me.

2. The bottom picture was not mine. Isn’t it boring? I wish I could say they were aiming for a W…or maybe part of a pitchfork on the left. Or some Japanese symbol or art on the right. But no. Just plain, accidental ketchup and mustard piles. Booorrriiinnngggg. :P

Wordless Wednesday – Which one is the right tuna?