Fry an egg in a burger

The page I saw this on labeled it “I want to do it now.” And so did I, so that’s exactly what I did. A few days later, I war armed with ground beef and eggs.
Mine wasn’t quite as neat and pretty, of course, but it was just as tasty.

Oops, some of the egg seeped out underneath. 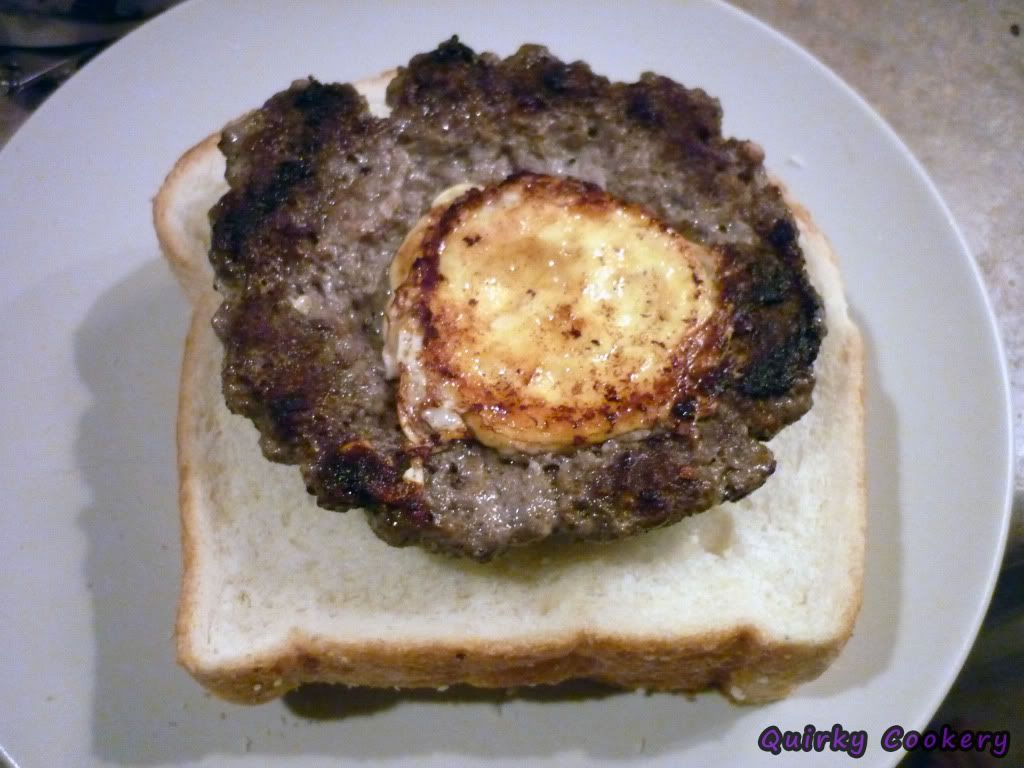 Here’s the best part, though:

Mmmmm. I wouldn’t normally put beef and eggs together. I think eggs tend to go better with pork as breakfast sausage.
As such, I would really like to do this again but with sausage and eggs and maybe on a biscuit instead? That would be wondermous.