Yep, so as we were unpacking, there may’ve been a few things that got stacked on the floor, and well, yeah, of course that means that the cats automatically owned them.

Not only did they own them, but they liked to rub it in our faces:

You can’t tell me she’s not showing off, proud of herself for finding such an awesome sleeping spot. Notice that it’s right at the vent, too, in the middle of summer, with the air conditioner no doubt running every so often, turning the pizza stone into a glorious slab of coolness.

Yeah, I might be jealous. Darn cats, sleeping on my food *and* my dishes.

So it was brought to my attention that even though I posted an entire series on my move last year and how it affected our eating, I never did post the pictures here on the site that involved the banana boxes. I only posted them on Facebook, oops.

So many of them! No, you don’t understand….we had dozens of them. The entire hallway was covered in them. Don’t believe me?

And uh, that actually wasn’t all of them. We had a wall built in the kitchen as well. Chiquita Bananas boxes rock…they’re heavy duty and even though both the bottom and the top had holes in them, the heavy paper inside was sufficient for covering them. Great for packing.

All work and no play….well, wouldn’t have been very fun, so we had to stop for some quirky pictures a couple times, too. There’s my helper, B* above. She was a cuter bunny that day, hehe.

Here’s some of the other banana box labeling pictures, too:

^ That was an attempt at drawing fire with a flat Sharpie.

I really need to post about the Monster Masher one of these days.

I already posted that picture in this post, but it was worth mentioning again because of the boxes.

Proof of the above and my packing skills: 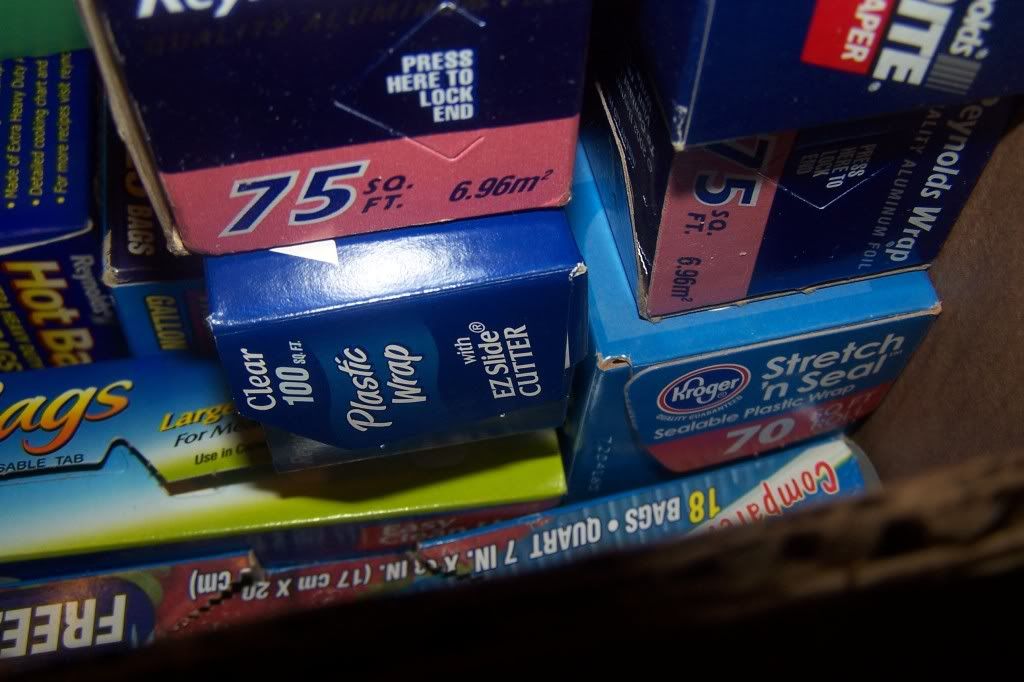 I may have just restocked our bean collection before the move, oops.

You can thank my mom for the elephant drawing here. Yay for parents who indulge silly requests, hehe.

I have a couple pictures from some non-banana boxes, too, that I can’t help but share while I’m at it:

Yay for gaming references. Leave me a comment if you recognize it. :P

I promise you she’s not trying to flip off the camera or attempting a funky peace sign. She had already taken off her bunny ears, but wanted a quirky bunny in this picture, too…..so meet the shadow bunny with the cocked ear, too. <3

And as a reminder, the rest of the posts about my big move can be found here.

Yep, just like how the fireplace became a dining room table in the middle of the kitchen, here’s a shot of fresh muffins being served on the washer. We had teenagers still in the house who had been helping move, so this double batch was destroyed in a matter of minutes, straight from the pan atop the washer.

The rest of the posts about my big move can be found here.