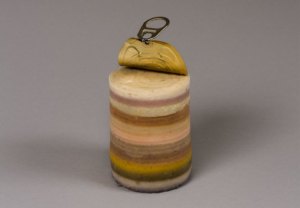 The designer of this delicious jellied “meal in a can” is suggesting it gives the average person the chance to “dine like royalty without the washing up.”

I’m pretty sure no one would eat this. Ever. Or at least I would hope not, haha.

As if the above image and idea overall isn’t disgusting enough, brace yourself for this close-up: 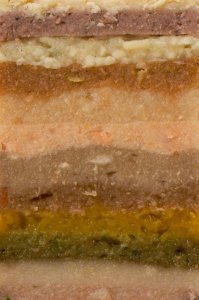 And in case your foodie eyes aren’t refined enough to see exactly what each of these baby food textured layers are, here’s the cheat sheet for you:

Halibut poached in truffle butter in a coconut crepe

Crack pie with milk ice cream on a vanilla tuile

French canele with a malt barley and hazelnut latte

I really hate when people spell things with a ‘z’ instead of ‘s’ anyway, but apparently this is a real thing now – A government issued mandate that requires food manufacturers to label certain types of food this way.

So basically, “wyngz” are any chicken products that are sort of shaped like chicken wings, but aren’t actually wings at all. In fact, this is the ONLY misspelling that’s allowed and it has to be exactly this way with both the ‘y’ and the ‘z’ in order to be legal.

Not only that, but there is an entire list of very specific details that must be followed:

Digiorno is doing it right on their boxes there.

And actually, they’re going one step farther by trying to make this sound like a great thing. If you go to their website, they explain that the reason for the “fancy spelling” is “Because they’re not wings. They’re even better!”

Really, I think this one sums up the new “spelling” quite nicely:

(Gah! My spell check was really angry at me for this post of “wyngz,” ha!)

The true nutritional value of most processed foods (Wordless Wednesday)