Margarine used to be pink! (Facts about Food Friday)

Here’s a fun “did you know?” and no, I’m not talking about the pink Parkay in the picture above!

Back in the 1870s and 1880s, in an attempt to restrict the sale of margarine even more than their taxes and labeling laws, they forced manufactures to add pink coloring to margarine. The idea was that the pink would make it unpalatable and less desirable, and therefore, discourage people from buying margarine instead of butter.

The color bans started in big dairy states like New York and New Jersey (no surprise, right?) and even created an entire underground market for bootleg colored margarine (yes, that was a real thing) and food coloring capsules so that consumers could need in the yellow color into their margarine to make it look more like butter again.

Between the color rules and the taxes, it cut margarine sales down immensely (to about 40% of their previous sales). Eventually the Supreme Court jumped in and overturned the laws, but as many as 80% of Americans didn’t have access to yellow margarine (oh noes!).

Fast forward a little more than a century and Parkay actually intentionally released the colored Fun Squeeze versions of margarine above in hopes of making it MORE desirable and fun, so that people would be more likely to buy it. Everything cycles back around eventually, huh?

~Edit~ Oh, and I don’t think Fun Squeeze is still sold in stores, but you can get it on Ebay! http://www.ebay.com/itm/PARKAY-FUN-SQUEEZE-SHOCKING-PINK-MARGARINE-BOTTLE-/190155035809

What is the Difference Between Parmesan and Parmigiano-Reggiano?

Answer: Due to Italian D.O.C. laws that protect the names and recipes of certain cheeses, a cheese cannot be called Parmigiano-Reggiano unless it is made using a specific recipe and production method within the provinces of Parma, Reggio-Emilia, Modena, and specific regions in the provinces of Bologna and Mantua. D.O.C laws are meant to preserve the integrity of traditional cheeses by insuring the flavor and quality. Therefore, any cheese made outside of these regions with a slightly different recipe or production method cannot be called Parmigiano-Reggiano .

A cheese called Parmesan is essentially a cheese that imitates the recipe for Parmigiano-Reggiano, but is made outside of the approved Italian regions.

I actually didn’t know this. I knew there was a difference obviously and that authenticity played a part, but I didn’t know all the specific little details. To be fair, I probably won’t remember all the details either, hehe, but it’s cool to read anyway.

I wonder if there are knock-off cheese labeling attempts. You know how companies will slightly change a symbol or rearrange letters a bit. Sharrpies or Adidos anyone? What about Parmesan-Regggiano or Reggiana or something instead? 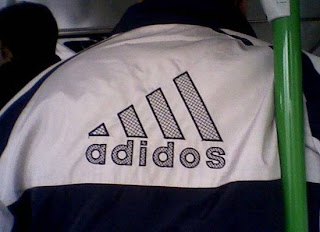 I bet there’s a whole underworld of cheese scamming now that I never knew about it. Man, why doesn’t anybody ever tell me these things??

Facts About Food Friday – Did the power go out while you were away?

Ever gone out of town and came back to your microwave flashing 12:00? Yep, the power went, but for how long? Did the contents of your freezer thaw out and refreeze, damaging the food inside? Give yourself peace of mind by putting a baggie of ice into the freezer before you leave. If it still looks like ice cubes when you get back, then it’s all good. If the ice has melted and refrozen into a piece of solid ice, you better reconsider the food inside.

I always forget to do this. I have come home to find a snowstorm had hit our home, though, and had to consult neighbors to find out how long the power was out, bleh.