An awesome thing about Canada Day and Independence Day being so close together is that the color scheme is so similar that I could logically be lazy *and* resourceful all in one.

So on July 1st, Canada, I mixed up my colors and made half of my cookie lollipops into red and white Canada cookies, and the other half into American red, white, and blue ones. Score!

I have quite a few pictures, so I’ll try to keep the text minimal here. Check out SugarBelle for the original inspiration, although I didn’t try to make mine look exactly like hers. Where’s the fun in exact replicas? Anyway, pictures: 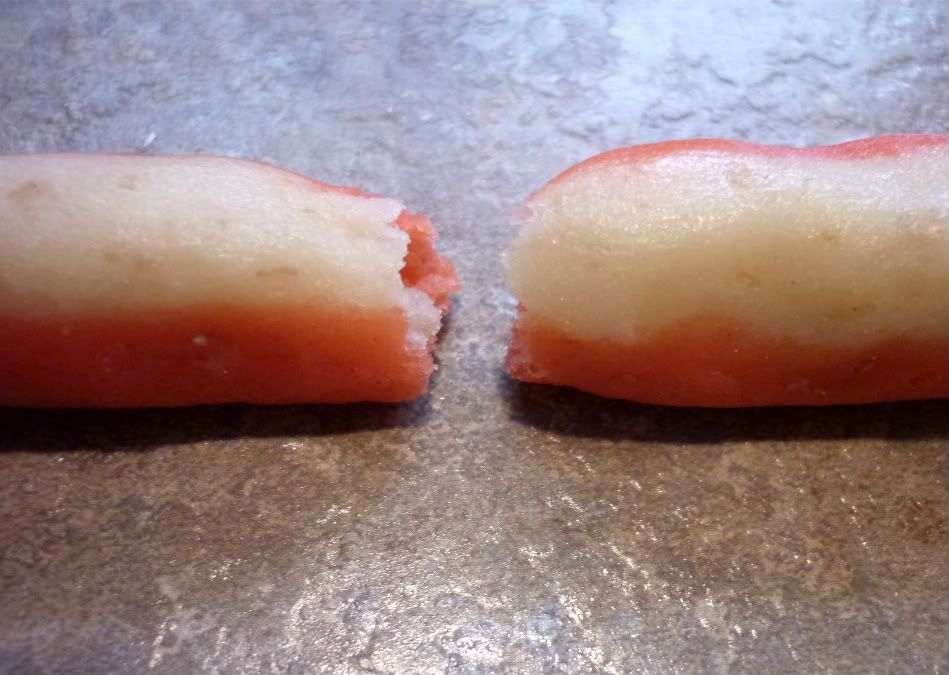 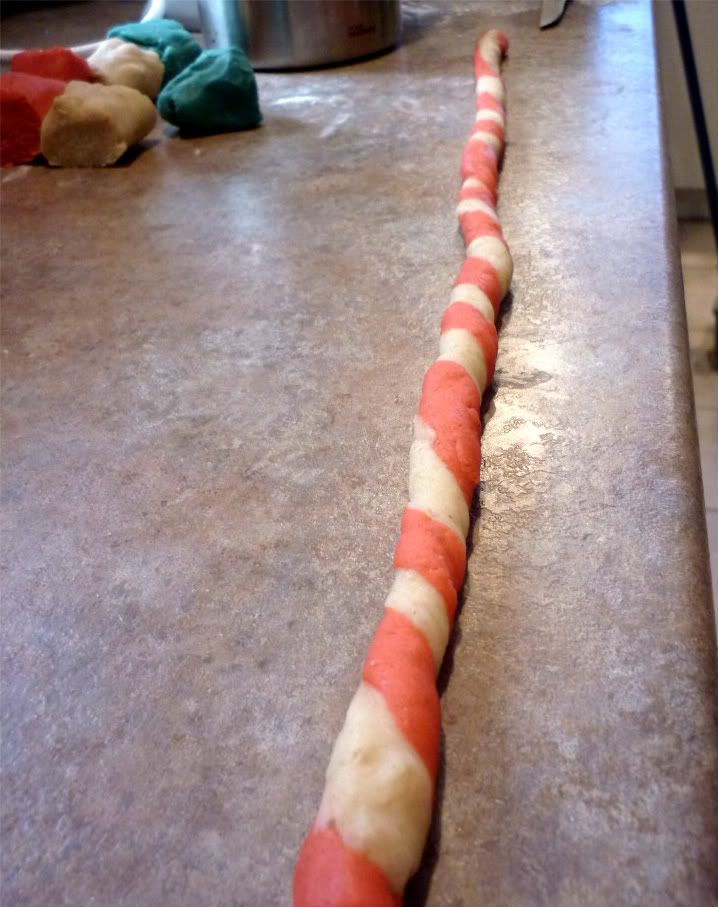 Twist and shout! This whole process was so much like playing with Play-Doh. Except this I could steal bites of without grossing myself out. Did you ever eat Play-Doh? Yeah, not recommended…

Can you see the crystals? I ran out of flour and “floured” my countertop with sugar for half of them to keep ‘em from sticking.

Before and after shots….sorry for the sucky lighting…but look how much they grew:

Oh yeah, I ended up with a bit extra of the red/white, so I did some candy canes and a snail creature. No sense in wasting it! 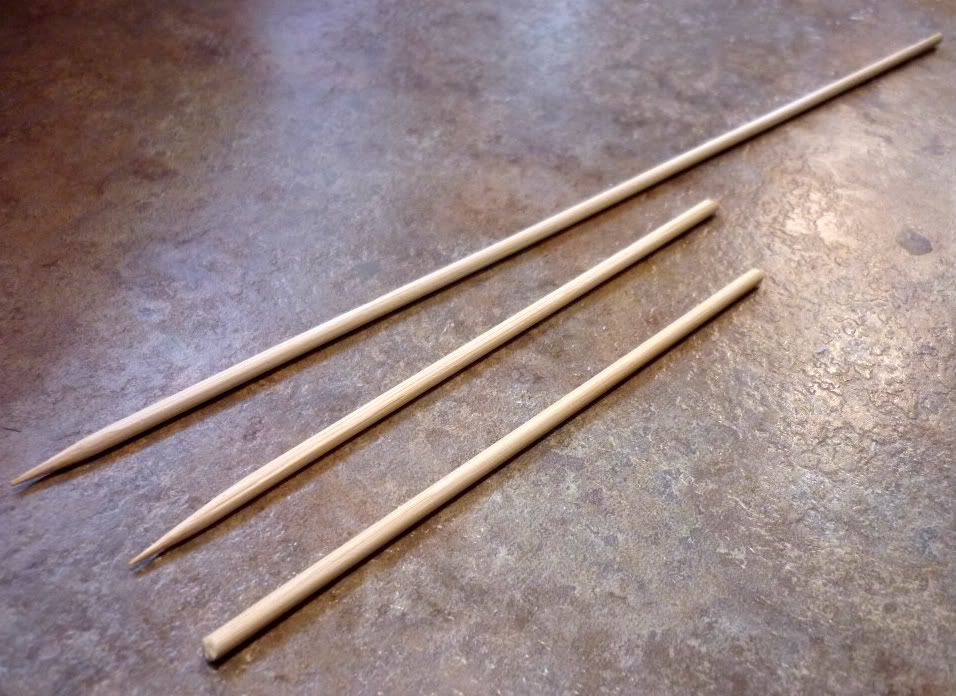 I didn’t bring popsicle sticks with me, so I ended up using skewers, breaking them in half for some and leaving them whole for others. They would’ve looked better if I had bigger or flat sticks, but it worked.

And for my mini-lollypop swirl, I decided he looked kinda like a cross between a snail and a worm, but either way, he got a face and a toothpick base.

This one may have gotten a little, uh, crispy around the edges.

Am I the only one that looks at the bottom of cookies, too? Probably.

The red/white/blue ones ended up not looking too blue on the outside, but rest assure, the insides were much more equally distributed.

Yeah, probably the only one to snatch a cookie pop from the eater’s hands to go take a picture of the inside, too, huh? At the very least, I could’ve waited until I was eating my own cookie and taken a picture of that one, but nope, had to take theirs, hehe.

All in all, great success. This is the sugar cookie recipe I used, except I cut it down to 16 servings instead of 60, left out the vanilla, and split it into roughly 4 cookies (plus candy canes, and minus the dough I ate).

Find other red, white, and blue treats at Cupcake Apothecary.

Click here to cancel reply.
« So the Dalai Lama walks into a pizza shop…
Subs, subs, and more subs – How to mass produce sandwiches for a crowd »