Pink eggs – Apparently, not all the rage

While making bentos for the last few weeks, I discovered rather quickly that boiled eggs are an easy addition that pack a nutritious punch. Almost as quickly, I discovered that they get boring after a couple weeks.

I was already drawing faces on them to help make them a little more appealing, but there’s only so far that food markers can take the same ol’ boring egg.

One afternoon after making a batch of them, I found myself with a dozen eggs that were impossible to peel. Or rather, the entire egg would start peeling into layers and chunks of slimy egg white instead perfectly smooth ones as they should be. So I did what any sane person would do and I scrapped the idea of getting the shell off easily, and threw the chunks of egg and yolks into a pan of colored water.

Gross, huh? What the heck was I supposed to do with that?? 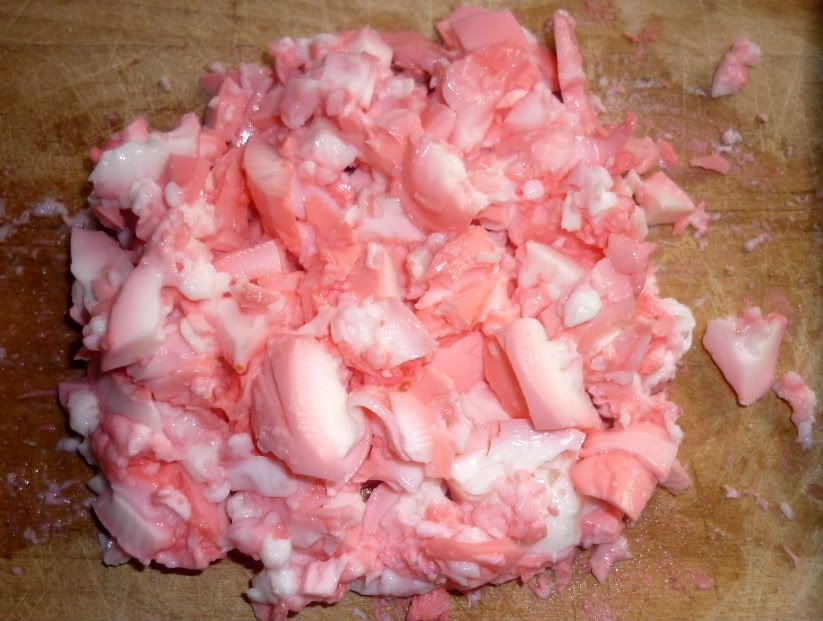 Chop it up, of course. Two of the girls loved the little muffin cups I filled with pink eggs and a ball of sunshine on top. The oldest, though? “It was weird. I didn’t like it. It just….it tasted weird like that.” She didn’t mind the pink, but having the egg deconstructed really threw her off. Oops.