Like the Red Cloud ketchup/fry duo, this is a type of packaging that I didn’t know we needed “fixed” but apparently we do.

Unfortunately, after watching this gif one too many times, I started to notice a whole lot of reasons why it just wouldn’t work for Americans.

If that’s not enough, think about how manly American men are going to reject ever carrying something that’s been called a ‘purse’. This is far too dainty for them. And all that fry grease is sure to leak right through that dainty purse and destroy the whole thing anyway, so nope, back to the drawing board! 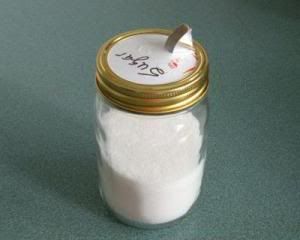 Why didn’t I think of this??

Obviously that’s great for sugar, but similar to the parmesan shaker top idea, think of all the other things you could use this for. Maybe for creamer, too? Or one of either of these tops would work well to keep some flour in to dust your counter top when rolling doughs and whatnot.