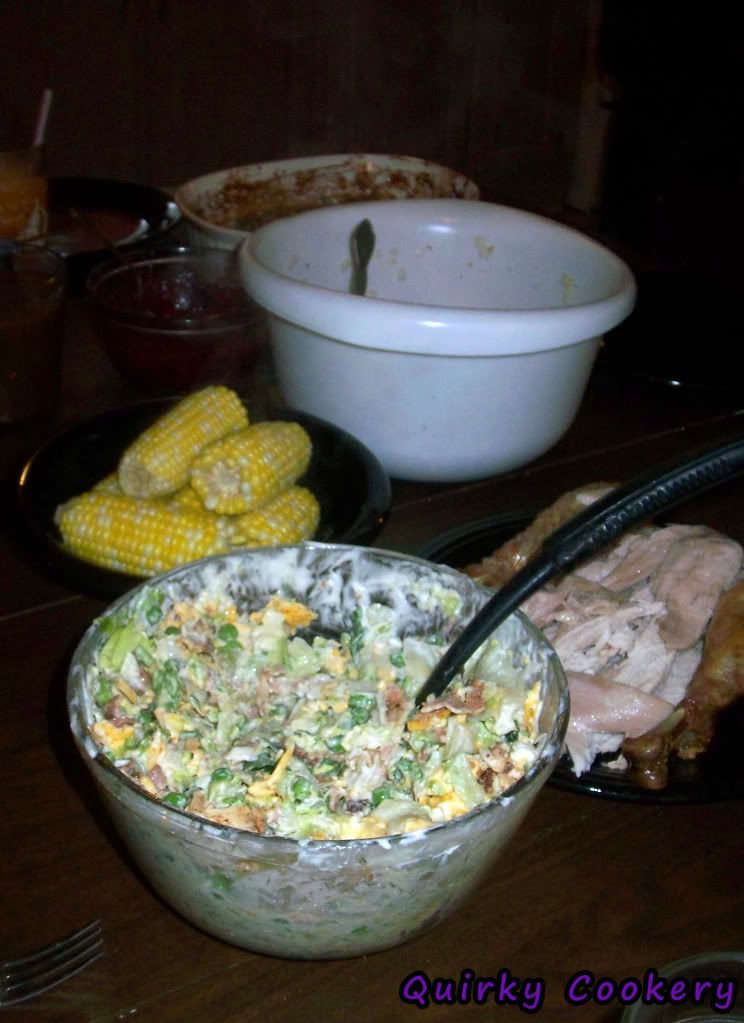 I have no idea when we discovered (rediscovered?) this salad, but it’s worked its way into being a traditional meal expected at many family gatherings, including Thanksgiving and summer barbecues.
Don’t you just love a dish that isn’t bound by seasons? Or is that only me?

Again with the “recipes that aren’t really recipes,” I’m really not sure of the amounts that go in, but here’s a good guesstimate for you:

So is that 7 layers? Nope. There are lots of salads that float around as “7 layer salads",” with all sorts of varied ingredients like cauliflower, broccoli, green peppers, and boiled eggs.

But really, all that stuff takes away from the cheese, bacon, and dressing, don’t you think? The green stuff lettuce and peas are just there as a filler so it can still be called a salad. :P

Also, if you skipped over the recipe, shame on you I was serious about the seal being important. Looks like this:

And while I’m at it, here’s some more pictures from that Thanksgiving, uh, 3 years ago?

From pea salad up top, clockwise, we had green bean casserole , corn on the cob, turkey, mashed cauliflower and gravy, stuffing, and my first attempt at making my own cranberry sauce (hence the tiny portion…I’ve never had good experiences with cranberry sauce, but this was pretty good). 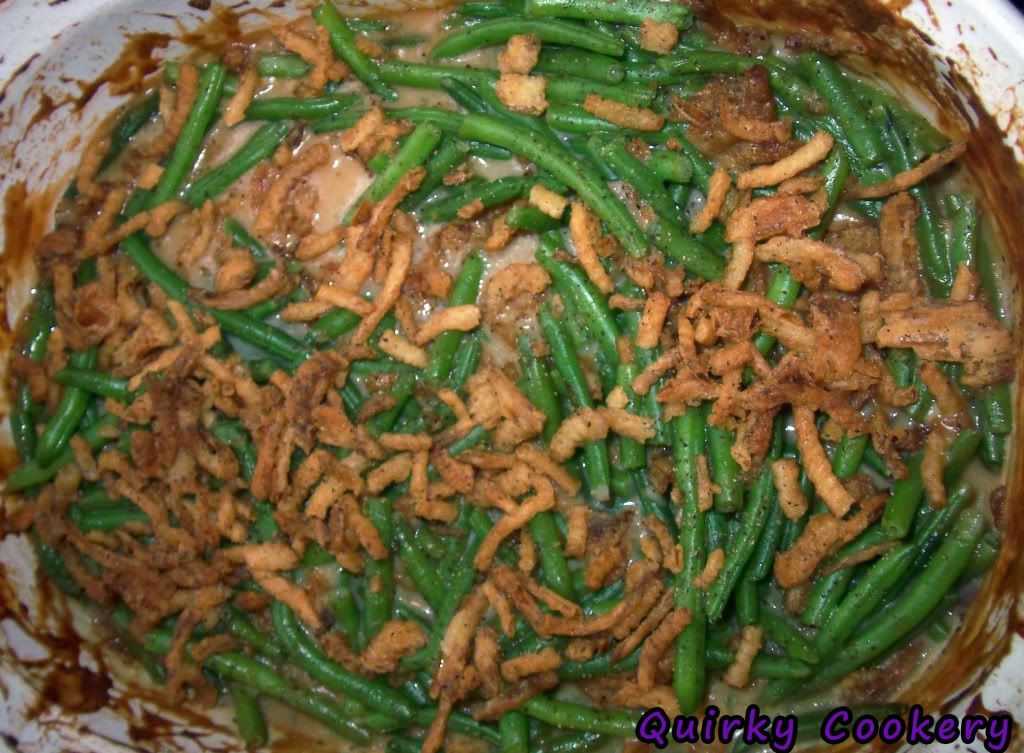 Yes, I took a picture of the gravy. It turned out the perfect color and consistency. I was thrilled. Shush it.

And I’m posting these mostly because I was trying to find a good picture of the pea salad on the table.

But what I found was that in every single picture, one of the kids in staring at the food on the table instead of the camera, lol. Love it. I’m sure they couldn’t wait for me to finally put the camera down so we could dig in…I know I couldn’t, hehe. B’s even licking her lips in the first one.

Here’s the originals without the lasers, hehe.

Anywho, yeah, pea salad. Make it. You won’t regret it.