Pizza pancakes are pretty self-explanatory, but in case you’re not sure what you’re looking at…. those are Bisquick mixed with standard pizza toppings like pepperoni, sausage, and mushrooms, fried until cooked like normal pancakes, and then topped with marinara/pizza sauce and cheese.

This may be a brand new concept for some people, but if you’ll remember, I’m already acquainted with adding meat to waffles when my sister makes them for our dog. He’s never complained before and considering he’s the pickiest animal I have ever met (and then some!), I know they must be good. :P 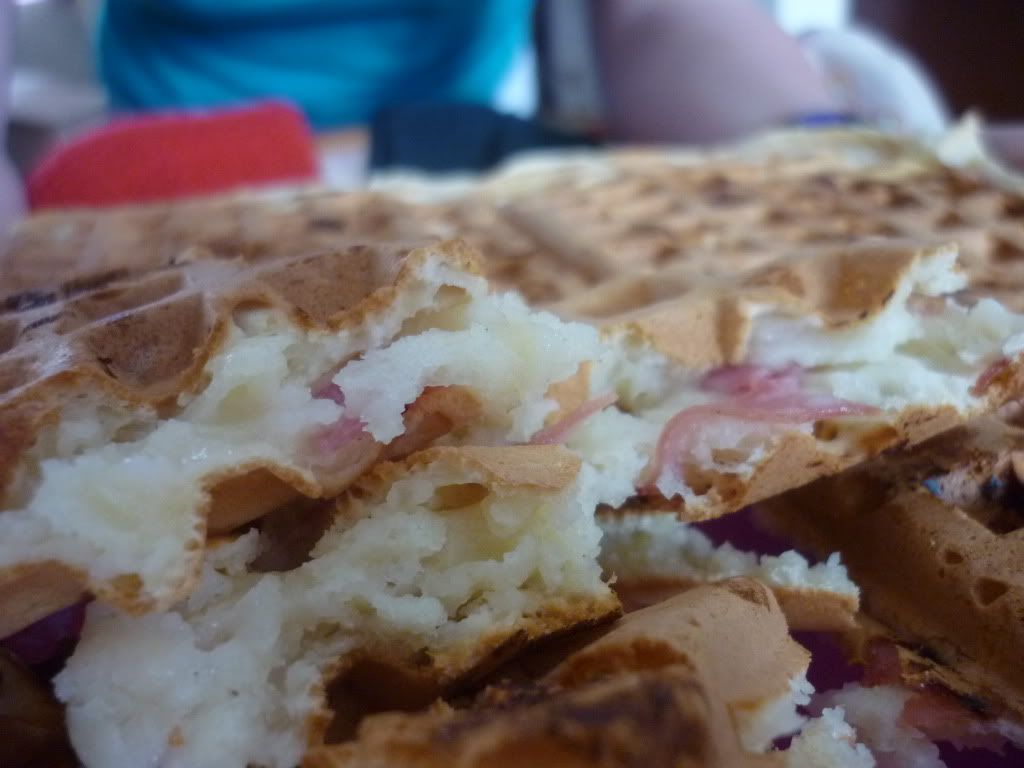 As for the pizza ones, I’m a fan of using pizza toppings/flavorings in/on vehicles other than a pizza dough crust that takes at least an hour of rising time. I like quick and easy, ya know? So tortilla pizzas (like Hello Kitty, to boot), crockpot pizza, pizza biscuits, and even pizza zucchini appetizers are all fair game.

I’m not really feeling the pancakes specifically, though. I’m sure they taste great, but I kind of prefer the “set it and forget it” style for pizza alternatives, so standing over a griddle, making dozens of pancakes (as if I ever make just one, pfft), doesn’t exactly sound that enticing.

I do love one of the suggestions in the comments, though. One of her picky eaters used them as a lunchable style snack, microwaving them the next day with sauce and mozzarella in between. To think of them as quick snacks for any time is actually a great idea!